Thinking the garden around the War Memorial in the village was dark, damp and dreary I sent an idea for an improvement to the garden to the Parish Council. At that time the Borough Council announced a competition between the villages of the Borough for a plan for an environmental improvement in their own parishes. The Parish Council decided to enter the Memorial garden scheme and asked if I would draw up a detailed plan.

The competition was won and this gave funding towards the garden from the Borough Council. The Parish Council provided further money as there was much to be done and the Parish still funds the majority of the bulbs and plants that are being added as well as cutting the grass.

The major obstacle in the way to fulfilling the original idea was getting planning permission to remove two trees, a Holly and a Sycamore. This proved difficult, but I knew that without this permission the area would be too dark to allow much to grow. The permission was eventually granted; the trees removed, the old shrubs and the roots gouged out. It was time to start on the garden.

My son Mark helped me with the heavy digging; the ground had to be worked over a great deal as in some areas there was a real problem with Ground Elder. In the long term this was kept at bay by surrounding the original shrubs with a membrane covered with bark. There has been flooding and some vandalism but I have enjoyed doing the garden and hope residents, and visitors to the village, will enjoy sitting in it. 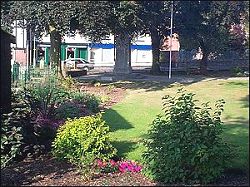 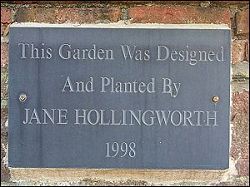 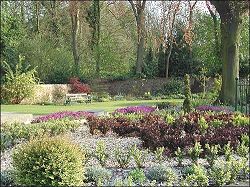 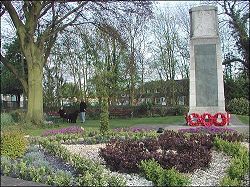